For the first time in Israel, Rambam inaugurated a psychological trauma unit in cooperation with the Ministry of Health, expanding the basket of health treatments for the northern population. Services include identifying trauma victims in the Emergency Room and treating them during and after hospitalization to strengthen their resilience to emergency situations.

Rambam Health Care Campus, Northern Israel’s largest hospital and only Level I trauma center in the region, is recognized as a leading provider of trauma treatment: from accidents and critical wounds to assaults and combat injuries. Recently the hospital initiated a unique service for a different type of trauma – a dedicated unit for treating victims experiencing emotional and psychological trauma. The unit was inaugurated at Rambam, in the presence of Haifa’s mayor, Mr. Yona Yahav, Dr. Tal Bergman, the head of the Mental Health Division at the Ministry of Health, and Rambam representatives from the administration and the Division of Psychiatry and Mental Health Division.
The new unit, operating within the framework of Rambam’s Division of Mental Health, is the only one of its kind in Israel, and was established to help the general public cope with emotional trauma – response to the growing problem amongst the civilian population in Israel. Dr. Eyal Fruchter, the division’s director, provides the background, "During the 2006 Second Lebanon War, Rambam established a service treating post-traumatic stress disorder (PTSD) among civilians, in response to events at that time.” He adds, “The service was budgeted specifically for this purpose and subsequently closed, but the increasing needs of various groups in the population as a result of this and related traumas remain—we had to provide a solution.”
In the absence of infrastructure support and with a shortage of personnel with specific expertise in community trauma care, Rambam stepped up to the challenge and launched a unit that provides appropriate professional treatment for civilian trauma victims in Northern Israel. The main activity of the unit is to provide targeted short-term treatment to patients with PTSD, by means of meetings with Rambam staff and a wide range of individual and group therapy tools.
In parallel, the unit's staff is working on a second track – identifying patients arriving at Rambam following a traumatic incident and who are suffering the initial stages of psychological trauma. Once identified, the team reaches out to them, provides a diagnosis and initiates treatment during their hospitalization. The patients are invited to continue further treatment in the unit after discharge.
Another program, which emphasizes the uniqueness of the new unit, is still under development. In the not too distant future, the unit plans to work in the community to increase mental resilience and prevent the occurrence of PTSD. Based on existing models that operate mostly in the military, and that have been studied extensively, there is strong evidence that the correct response close in time to the traumatic event can prevent or minimize PTSD. “As part of my roles in the Israel Defense Force (IDF) and in my studies in the United States, we learned how to develop tools to better cope with patients suffering from PTSD,” explains Dr. Fruchter. “My past experiences connected to my practice at Rambam, and over the years crystallized into a plan of action under the guidance of Professor Ehud Klein, Chairman of the Department of Psychiatry, and Doctor Irit Meretyk, Head of the Emergency Psychiatry Service in the Division of Psychiatry. The idea is that in the near future we will reach out to professionals at sites where they are most likely to encounter trauma cases and be able to assist the victims – at schools, universities, welfare agencies, etc. With the help of simple training, it is possible to prevent much suffering later on.”
In times of emergencies, such as occur in the military or other situations, all central players in coordination with the Emergency Department of the Ministry of Health in the field of mental health, will go to the disaster area and join forces with rescue forces to provide an on-site psychological response to the victims and those treating them.
The new unit will be staffed by a highly professional and multidisciplinary staff with excellent training.  According to Dr. Talma Cohen, Director of the new unit at Rambam, this is good news for the people of the region, “The idea is to create a continuum of treatments, based on the understanding that the system is very overloaded and the needs are great. We are talking about 12 percent of the population and very different types of trauma. The unit will provide a solution for both adults and children through integrative and holistic thinking.” 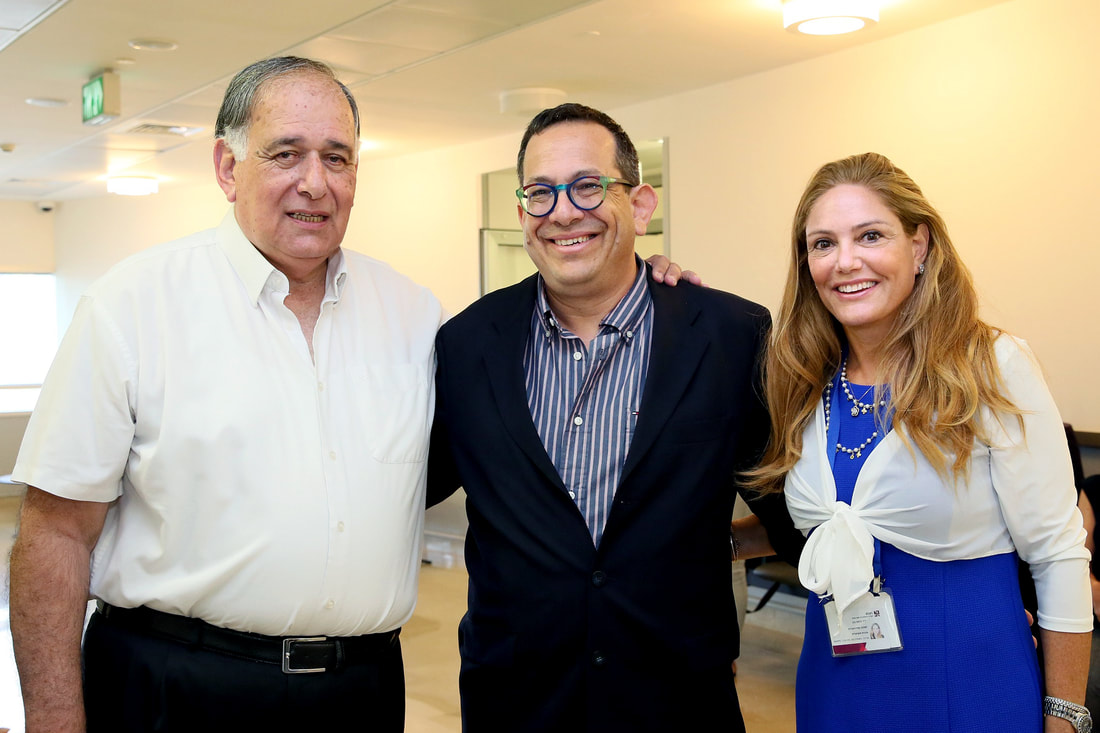