February 22, 2022 – Swallowing objects is a danger most often associated with toddlers and small children, but even at later ages, putting foreign objects in the mouth can be life threatening.
A 14-year-old resident of Northern Israel recently arrived at Ruth Rappaport Children’s Hospital at Rambam Health Care Campus, after putting a pin in his mouth as a game and accidentally swallowing it. The boy felt well after the swallowing incident, but still came to the hospital to be examined as a safety precaution.
Upon arrival at the hospital, the boy underwent an X-ray, which showed that the pin he swallowed had progressed along the digestive tract and was located in the passage between the small intestine and the large intestine.
The place where the pin was found did not allow it to progress through the digestive system, and due to its location, the pin could have punctured the boy's organs and endangered his life.
The location also did not allow the medical team to remove the pin orally, and therefore it was decided to remove it endoscopically in a camera-guided manner, through the esophagus, when the boy was sedated. The procedure—which lasted about 20 minutes—ended successfully, and after the boy recovered, he was released to his home feeling well.
“While this was a small pin, in this particular case, the danger for the boy who swallowed it was considerable,” explains Professor Ron Shaul, Director of the Pediatric Gastroenterology & Nutrition Unit.
“You have to be very careful with the things you put in your mouth, as objects can be accidentally swallowed at any age, endangering the individual who does so. Children must be closely supervised in order to avoid these dangerous scenarios.”
​
In the photo: The pin is located between the small and large intestines.
In the photo: The removal procedure as viewed via the endoscopic camera.
Photography courtesy of Rambam Health Care Campus. 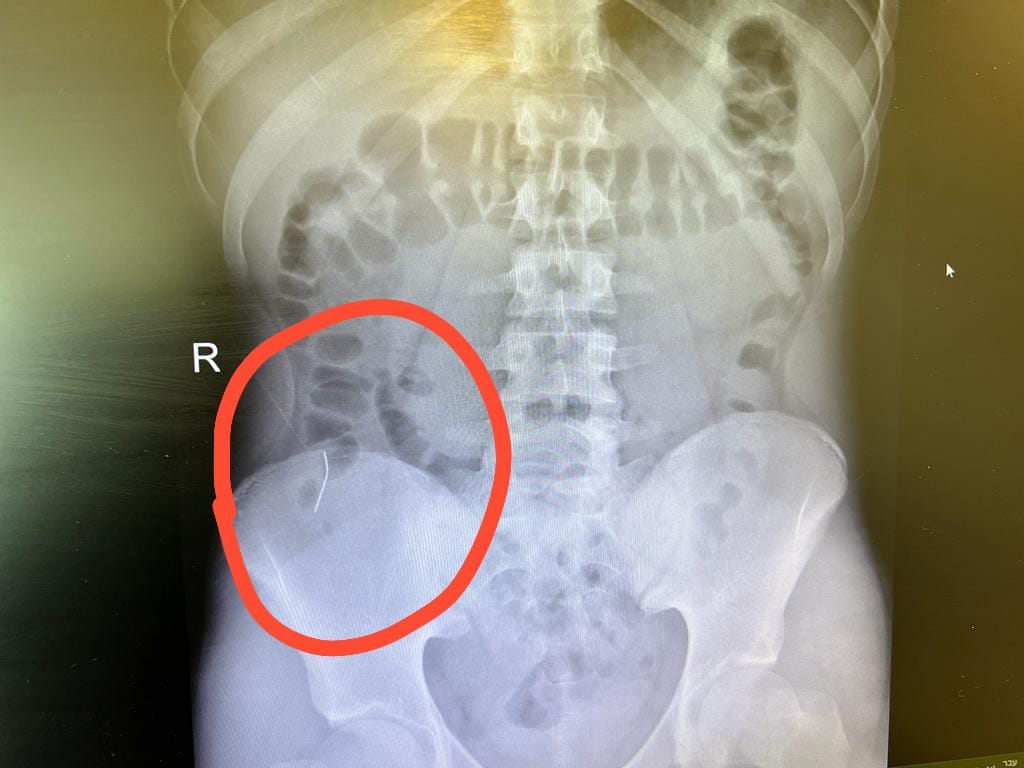