A collaborative agreement was signed by the City of Haifa, Rambam Health Care Campus, Carmel Medical Center, and Bnai Zion Medical Center.
July 10, 2019
At the opening of the Haifa Hi-Tech and Entrepreneurship Society’s annual meeting held on July 9th, a collaborative agreement was signed between the city’s three major medical centers in order to facilitate cooperation with local medtech startup initiatives. The event was sponsored by Intel, Taro, WeWork, InfraLab, the Haifa Economic Corporation, and the Municipality of Haifa, and included participation of representatives from hi-tech and start-up companies operating in the city.
Signing the agreement were Haifa mayor Dr. Einat Kalish Rotem, Dr. Michael Halberthal (Director General of Rambam), Dr. Avi Goldberg (Director General of Carmel Medical Center), and Dr. Ohad Hochman (Director General of Bnai Zion Medical Center). Mayor Einat Kalish Rotem thanked all parties involved in the initiative and the hospital directors for their willingness to sign an agreement that will help local entrepreneurs develop medical projects. “We will continue to promote further cooperation in the areas of entrepreneurship that will ultimately benefit all residents of the city," said Kalish Rotem.
In accordance with the agreement, the parties undertake to:
• Foster cooperation between the entrepreneurial community, the medical research institutes and the Haifa municipality.
• Lead urban and organizational moves to promote digital medicine and medical devices in the city.
• Create conditions for the success of startups in a mutually beneficial manner.
• Facilitate the accessibility of information according to criteria determined by the medical centers.
• Recognize the unique character of the city of Haifa in the field of digital health.
"Rambam Health Care Campus is at the forefront of clinical medicine, research, innovation, and technology, and we are committed to thinking creatively and globally. We believe in the importance of partnering with leading Israeli entrepreneurs, industry, and academic institutions to create an environment and a cultural infrastructure that encourages the development of these ideals. We live in a "global village," in which sophisticated means of communication have transformed the planet into a single environment, and as such, the promotion of research and innovation, including digital health, is very important. The vision of Haifa as an ecosystem that encourages innovation is fully integrated into Rambam’s ideals, and the combined forces of all partners to this agreement enables us to build a leading center of excellence. Rambam is pleased to be a part of this initiative and encourages the integration of medical organizations in Haifa in cooperation with the Haifa Municipality," said Dr. Halberthal. 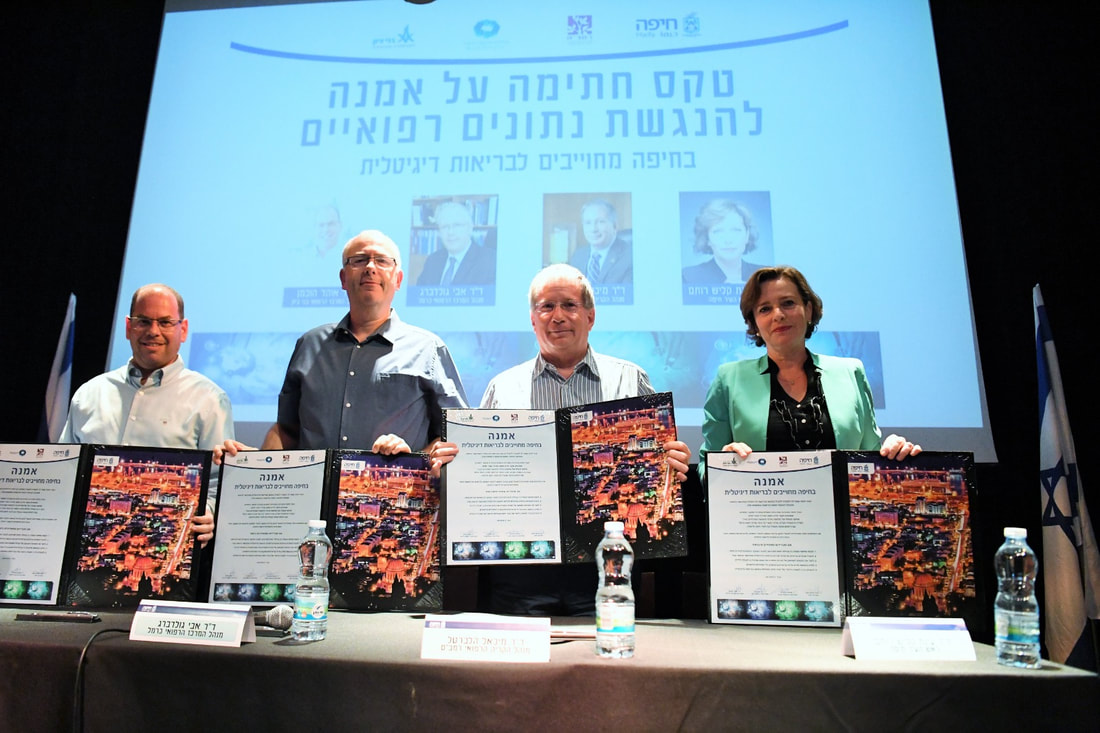