​Drinking pomegranate juice, the kind found in any supermarket, could reduce the risk of embryos developing brain damage, according to a new joint study by researchers from Rambam Health Care Campus and the Technion – Israel Institute of Technology, published in the American Journal of Obstetrics & Gynecology.
​
A significant proportion of premature births occur due to infection, inflammation, or a combination of both, which develop in the mother's womb. Inflammation is the body's response to something perceived as harmful, and is associated with redness, warmth, swelling, and pain.
Premature birth or inflammation experienced by a fetus can damage the infant, especially their brain. Previous studies have shown that inflammation, which can transmit to the fetus, is a risk factor linked to brain injury and the development of neurological deficits soon after birth or during the child's lifetime, such as cerebral palsy, motor injuries, and psychiatric disorders. Many studies are trying to find treatments or substances to be administered to mothers at high risk for developing infection or inflammation during pregnancy, treatments that cause no harm and could minimize the potential damage associated with these processes.
"Studies have shown that pomegranates are rich in polyphenols (a type of free-radical-neutralizing compounds), known to have strong antioxidant and anti-inflammatory effects that help protect against cardiovascular disease," explains Professor Ron Beloosesky, Director of the Prenatal Ultrasound Unit in the Division of Obstetrics & Gynecology at Rambam, with regard to the groundbreaking research of Professor Michael Aviram, former Director of the Clinical Research Institute at Rambam (CRIR) and a well-known researcher in the field.  "Because we know some causes of brain damage in fetuses are related to inflammatory processes, we thought to test if drinking pomegranate juice could help prevent infection and inflammation in the mother and thus reduce the risk of damaging the fetus".
During the study, research was conducted on three groups of a familiar laboratory strain of rats: (1) pregnant rats undergoing inflammatory processes; (2) pregnant rats who drank pomegranate juice for several days before undergoing inflammatory processes; and (3) a control group of pregnant rats that did not undergoing inflammatory processes and did not drink pomegranate juice.
In the group of rats experiencing an inflammatory process that did not receive pomegranate juice, researchers examined the brains of the newborns for the presence of an inflammatory brain injury, and activation of pathways associated with oxidative stress and apoptosis (programmed cell death), which have been linked with long-term brain injury and impaired functioning. When researchers examined the group of pregnant rats experiencing an inflammatory process after receiving pomegranate juice for several days, they found surprising results—significantly different from the first group. First there was a decrease in the levels of inflammation in the mothers. Secondly there was a significant reduction in signs of inflammation and injury to the brains of the fetuses. "Although this is a preliminary study, the results are very interesting," explains Professor Beloosesky, "It seems that an accessible and inexpensive juice that can be found in any supermarket has a positive effect on a serious problem that harms mothers and their embryos. He added, "We are continuing the research in order to better understand its mechanisms."
The research was conducted for several months in cooperation with the Prenatal Research Laboratory at the Ruth and Bruce Rappaport Faculty of Medicine of the Technion, led by Professor Beloosesky, and co-authored by Professor Zeev Wiener, Director of the Division of Gynecology and  Obstetrics, Dr. Yuval Ginsburg, a senior physician in the Prenatal Ultrasound Unit, Dr. Nizar Khatib, a senior obstetrician gynecologist, and Dr. Noor Saadi, who specializes in the hospital's Maternity and Delivery Unit. The team is continuing their research in a study on humans, which is expected to be completed in the next two years.
"This is the first study of its kind aiming to understand how to use the pomegranate, which has known health benefits, to prevent a problem that, under certain conditions, passes from mother to child," states Professor Zeev Wiener. "The results of the first study are certainly satisfactory and we are curious to see what we'll learn in the future."
Read the Research: https://www.ncbi.nlm.nih.gov/pubmed/29709511 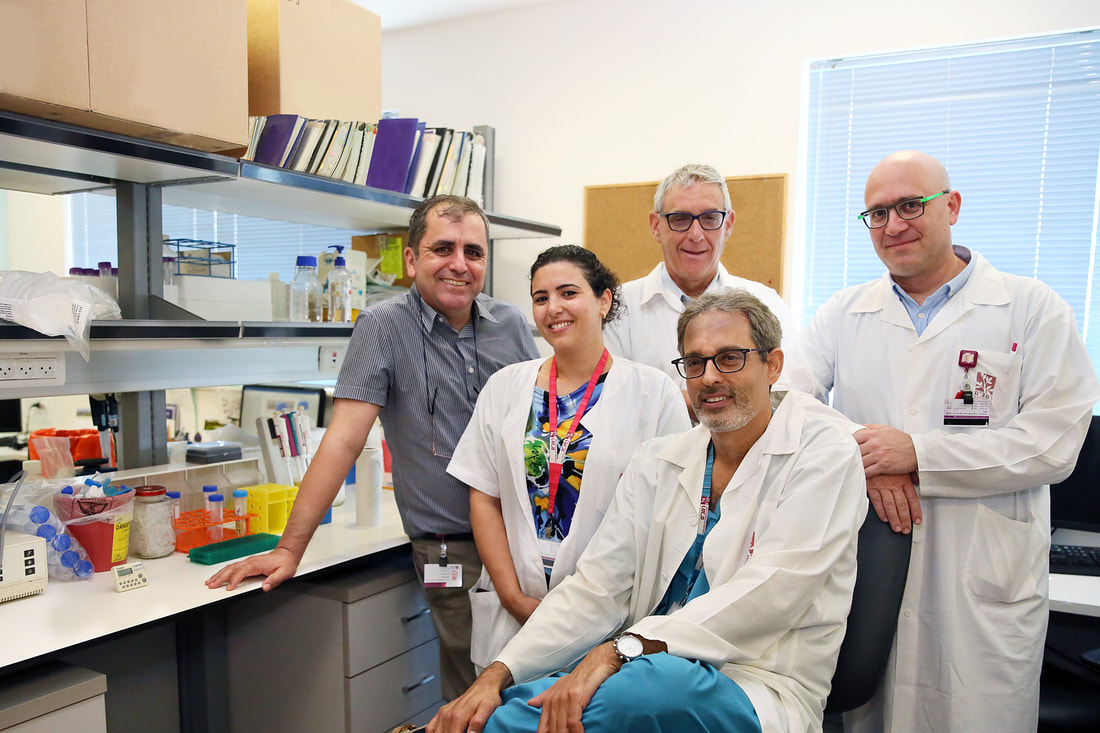