World Diabetes Day: Diabetes has been designated as an epidemic by the World Health Organization and is constantly on the rise. According to estimates, Israel has more than 600,000 diagnosed cases of Diabetes, as well as an additional 500,000 undiagnosed cases.
November 14th marks the international day of awareness of the disease, and this year’s theme is “Healthy Family”. Last week, the teams at Rambam Health Care Campus responsible for treating Diabetes held activities around the campus in order to raise awareness of the disease, the risk factors involved in its development, and ways to deal with it.
“Diabetes nurses” from different departments within Rambam, in cooperation with the hospital’s Center for Excellence in Diabetes and Obesity, set up stands for diabetes testing and other indicators throughout Rambam as well as information stands for passersby, which received great interest. In addition, the teams also entered hospital departments and units, where they performed Diabetes tests on Rambam staffers who are not part of the medical or nursing teams. During the course of the day, a series of lectures were held in which experts in the field took part, reviewing various issues, innovations in treatment, and more. 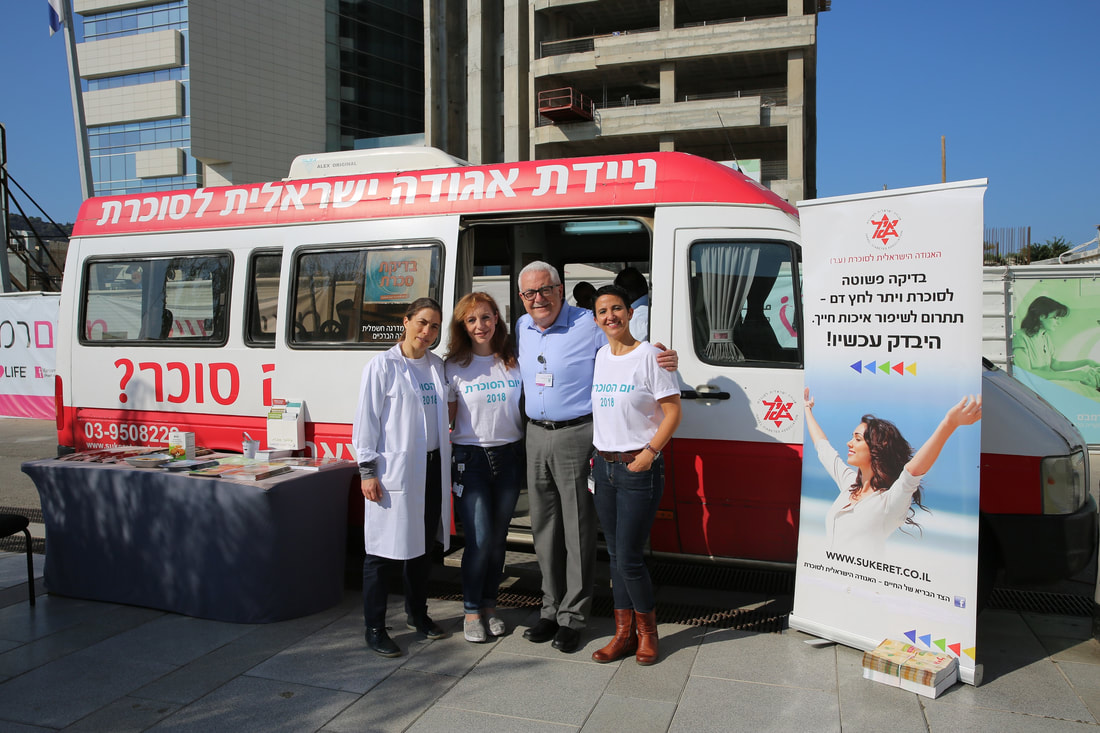