The Breastfeeding Survey among "Rambam mothers" found that 76 percent breastfed their babies and 60 percent believed they have a right to breastfeed anywhere they chose.

This week, World Breastfeeding Week was celebrated in Rambam's Department of Obstetrics and Gynecology under the theme "Breastfeeding – the Healthy Choice Everywhere," following the release of a new position paper by the Israel Pediatrics Association that identified breastfeeding as a major public health issue and called on hospitals to actively promote nursing after birth. Similar to previous years, a wide range of activities were planned at Rambam to raise awareness for this important issue, and to encourage and empower women to breastfeed.
​
In preparation for the week's events, Rambam conducted a survey through its Facebook page "Connecting Rambam's Birth Community," where members could examine their attitudes about breastfeeding and discuss if breastfeeding should be allowed in public spaces. The survey found that 76 percent of respondents chose to breastfeed, and 60 percent believed they have a right to breastfeed their infants everywhere.  Thousands of members viewed the discussions with many likes and supportive posts.
During the week, the department was decorated with posters and balloons, while breastfeeding counsellors and other staff wore special stickers on their uniforms and distributed informational materials and bracelets to help patients with breastfeeding. The peak of Rambam's breastfeeding awareness week was a panel discussion with Rambam's breastfeeding counselors on a Facebook Live broadcast that exposed viewers to various issues, tips, and dilemmas, and allowed them to consult with the experts in real time. Some of the questions posed related to challenges of breastfeeding, if to breastfeed premature infants or twins, and if to nurse after a Caesarean section. A film clip of the hour-long panel discussion is posted on the Facebook site (in Hebrew).
The activity was organized by Rambam's Spokesman's office and the hospital’s marketing department, in cooperation with the Department of Obstetrics and Gynecology. 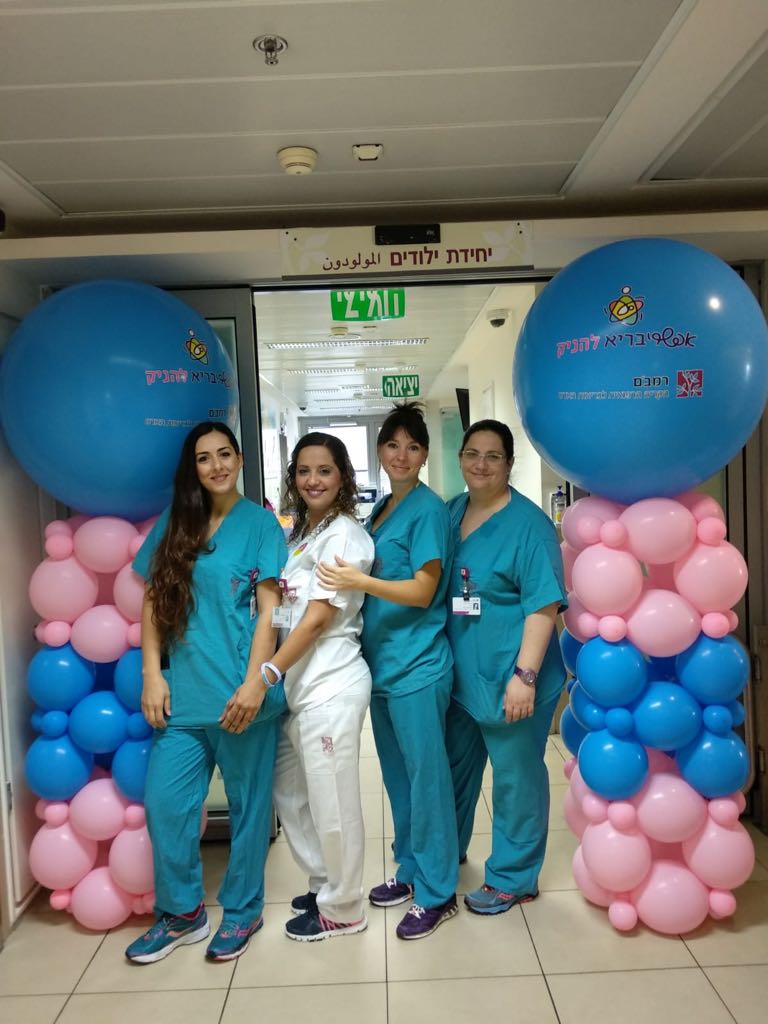