Dr. Rashad Abusaleh, a senior doctor in the Department of Vascular Surgery and Transplantation at Rambam Health Care Campus was appointed by the International Union of Angiology (IUA) to be the International Youth Vice Chairman of the Young Committee of the International Union of Angiology. In this role, he will represent Israel and Asia for the next three years.  The committee elections were held recently during the 28th World Congress of the IUA, held in Beijing, China. Established in 1950, the IUA combines the fields of biology, vascular medicine, vascular and endovascular surgery, and phlebology (diagnosis and treatment of vascular diseases). The conference was held for the first time in China (the second time in Asia), concomitant with the 14th Chinese Capital Vascular Symposium.
Leading specialists in vascular surgery and disease, from 58 different countries—more than 3,000 participants—attended this prestigious conference. Participants were exposed to vascular disease research, open surgical interventions, and endovascular therapies.
Dr. Abusaleh also presented joint research from Rambam’s Department of Vascular Surgery and Invasive Radiology Unit. The research related to the success of endoscopic vascular function below knee height in patients with progressive ischemia in the leg without the presence of open target arteries. The research was presented as part of the IUA Lecture Competition for young researchers under the age of 40.
“The research conducted at Rambam elicited great interest among the participants,” notes Dr. Abusaleh, “It seems that Rambam’s accumulated experience has great value in terms of sharing knowledge and understanding the mechanisms for treating such patients, not only in our hospital, but also outside of Israel. In the framework of my new position, I absolutely intend to work hard with regard to this issue and make our knowledge useful to many others.”
In the photo: Dr. Rashad Abusaleh.
Photography: Pioter Fliter. 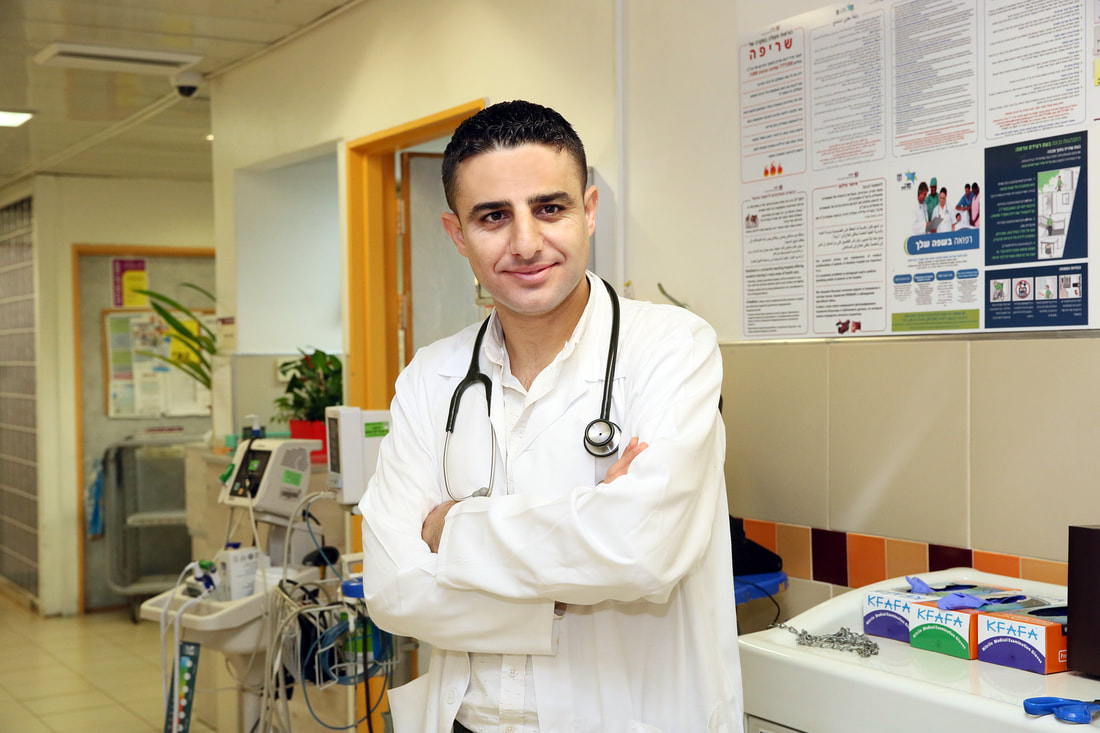