The fifth Scientific Conference for Excellence in Cancer Research – during the course of which, the Youdim Family Prize was granted to researchers who excel in the field – was recently held at Rambam Health Care Campus. Over the past five years, seven researchers from different Israeli institutions have received the $20,000 prize, awarded for medical or biomedical cancer research exemplifies excellence, novelty, and/or scientific breakthroughs.

The Youdim Family Prize is one of the most prestigious in the world of Israeli medicine. This year there were two awardees. The first was Professor Ziv Gil, Director of the Department of Otolaryngology - Head and Neck Surgery at Rambam who is also the head of the Laboratory for Applied Cancer Research in the Clinical Research Institute at Rambam and a researcher in the Technion's Ruth & Bruce Rappaport Faculty of Medicine. His cancer research over the past 15 years has focused on deciphering mechanisms that allow cancer cells to survive in difficult conditions, and especially in the way tumors take advantage of the body's cells to survive and develop resistance to drugs.
The second prize winner was Professor Rami Aqeilan, Professor and Chair, Division of Cell Biology, Immunology and Cancer Research in the Institute for Medical Research Israel-Canada affiliated with the Hebrew University - Hadassah Medical School, Jerusalem. His laboratory investigates the gene product of common gene fragments and their importance in human diseases, especially with regard to cancer. The work combines genetics, bioinformatics, and cellular research approaches to improve understanding of the control processes and complicated relationships between the fragments and the cancer foundations, including genetic and metabolic instability in cancer.
Each year, winners are selected by the Youdim Prize Committee, comprised of Professor Moussa Youdim, founder of the program; Professor Rafi Beyar, Director of Rambam; Professor Karl Skorecki, Rambam’s past Director of Medical and Research Development and currently Dean, Azrieli Faculty of Medicine, Bar-Ilan University in Safed, Professor Avraham Kotan, former head of the Division of Oncology at Rambam, Professor Yinon Ben-Neriah, from the Department of Immunology and Cancer Research in the Faculty of Medicine at Hebrew University, and Professor Moshe Oren from the Department of Molecular Cell Biology at the Weizmann Institute of Science. This year, Professor Irit Ben Aharon, Director of the Division of Oncology at Rambam, joined the committee.
This year’s conference marked the fifth anniversary of the Youdim prize. All current and past awardees participated, representing a broad range of research capabilities, curiosity, and knowledge of Israeli health, medicine, and research. At the opening of the conference, Professor Youdim spoke about his research path in the field of neuropsychopharmacology and about his family’s struggles with cancer, which inspired him to establish the prize. “This is essentially a vote of confidence for the brilliant minds in this country and in the research capabilities that exist here. There is great importance in encouraging research and action in this area. This is the way to get results,” said Professor Youdim.
“It’s about support and advancement of Israeli research in the field of cancer, with the goal to break through and develop new diagnostic and treatment methods,” explains Professor Beyar. “Over the last few years, since we founded this partnership to administer the Youdim Family Prize, we have supported several promising cancer researchers. We have hope for our patients and great pride in the system in which we operate.”
Cracking the Secrets of Brain Degeneration: Who is Professor Youdim?
Professor Moussa Youdim was born in 1940 in Tehran, Iran. He completed his B.Sc. and M.Sc. at McGill University in Montreal, Canada, and moved to Israel in 1977. There, he was appointed head of the Department of Pharmacology at the Technion’s Faculty of Medicine in Haifa, focusing on the field of neuropsychopharmacology for nearly 50 years. Youdim’s achievements include a wide variety of scientific activities, including research into the basic processes of the mind and development of new medications for treating patients suffering from degenerative diseases such as Parkinson’s and Alzheimer’s.
His research led to development of an effective Parkinson’s disease medication. Later, he discovered and developed, in cooperation with the Israeli pharmaceutical company Teva, the second generation of the drug, which is currently used to treat Parkinson's disease in Israel and worldwide (with American FDA approval). Many of his studies (Youdim has published more than 900 scientific articles) focus on understanding molecular mechanisms in the processes of brain degeneration, and in healing processes and "brain defense." His research has earned him many awards and he holds the title of Scientific Research Professor and Honorary Professor at the University of Hong Kong, Chengdu University, and Shanghai University. In addition, he is an Honorary Professor at the Chinese Academy of Sciences and the German Academy of Sciences Leopoldina.
In 2010, Youdim received the Emet Prize for Art, Science and Culture for his achievements in the field of neuroscience and research of Parkinson’s and Alzheimer’s diseases, which led to the development of medication to treat these diseases in Israel. At the end of his academic career, Professor Youdim decided to dedicate the rest of his time, energy, and money to founding the Israeli Center for Funding and Development of Early Stage Medications. The center will serve as a bridge between the early stages of drug discovery, beginning with academic institutions, and the later stages in which venture capital funds and pharmaceutical companies agree to invest in a new drug. 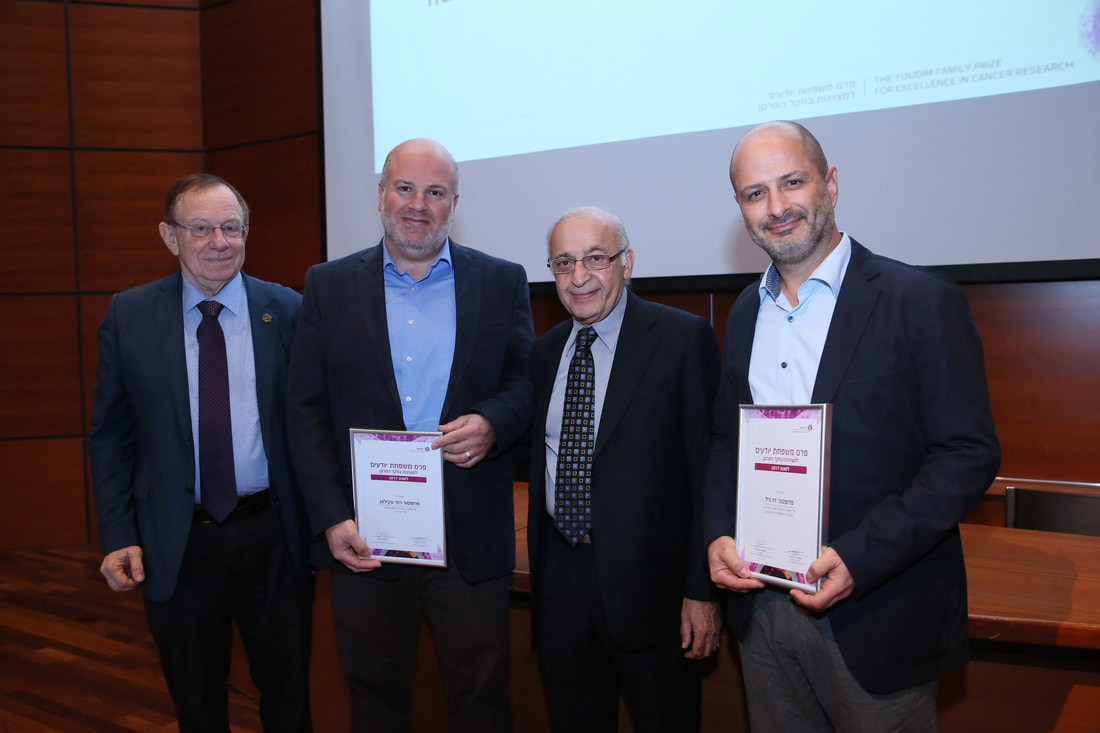