Corindus Vascular Robotics is the latest successful initiative to come from Rambam Health Care Campus and the Technion. Earlier this year, Corindus’ technology was used to perform angioplasty and stent placement by a doctor sitting 32 kilometers from the patient.
August 26, 2019 Corindus Vascular Robotics, a medtech startup founded by former Rambam Health Care Campus Director Professor Rafael Beyar, was recently acquired by the Munich, Germany-based Siemens Healthineers AG for $1.1 billion. Corindus is currently headquartered in Waltham, MA.
Beyar, an interventional cardiologist, founded Navicath which later was renamed Corindus alongside Israeli entrepreneur Tal Wenderow in 2002, in collaboration with Rambam and the Technion – Israel Institute of Technology, as part of the Technion incubator. The company’s flagship product is CorPath GRX, the first and only FDA-cleared medical device that allows interventional cardiologists to manipulate guidewires and balloon/stent catheters from an interventional cockpit.
The company was originally founded to alleviate the health problems faced by doctors who work in the catheterization room, where they are exposed to high radiation levels. CorPath GRX was developed to enable doctors to perform tasks remotely and to allow them to navigate surgery using a robotic arm. Over time, it became clear that apart from physician assistance, the use of a robotic arm could accurately predict surgery and enable uniform performance among physicians with varying levels of training.
Beyar tells Globes, an Israeli financial news publication, "Corindus was established as part of the Technion incubator in 2002. The first generation of the robot, designed only to prove feasibility, was developed by Aran R&D. After the feasibility study, a group of investors from Boston asked to move the company's operations to the United States. The company have shown that the rate of radiation affecting physicians has fallen by 95%, without compromising performance. The third generation is now in progress for the field of brain catheterization and also for remote catheterization.”
He adds, "Corindus was ahead of its time, in my estimation for about a decade. It is the first robotic company performing coronary interventions as well as other vascular procedures. Today, there is one competitor, but they have not yet reached the human clinical trial phase."
In the photo: Professor Rafael Beyar.
Photography: Rambam Spokesperson’s Office.
In the photo: CorPath GRX.
Photography: Corindus Vascular Robotics.
​ 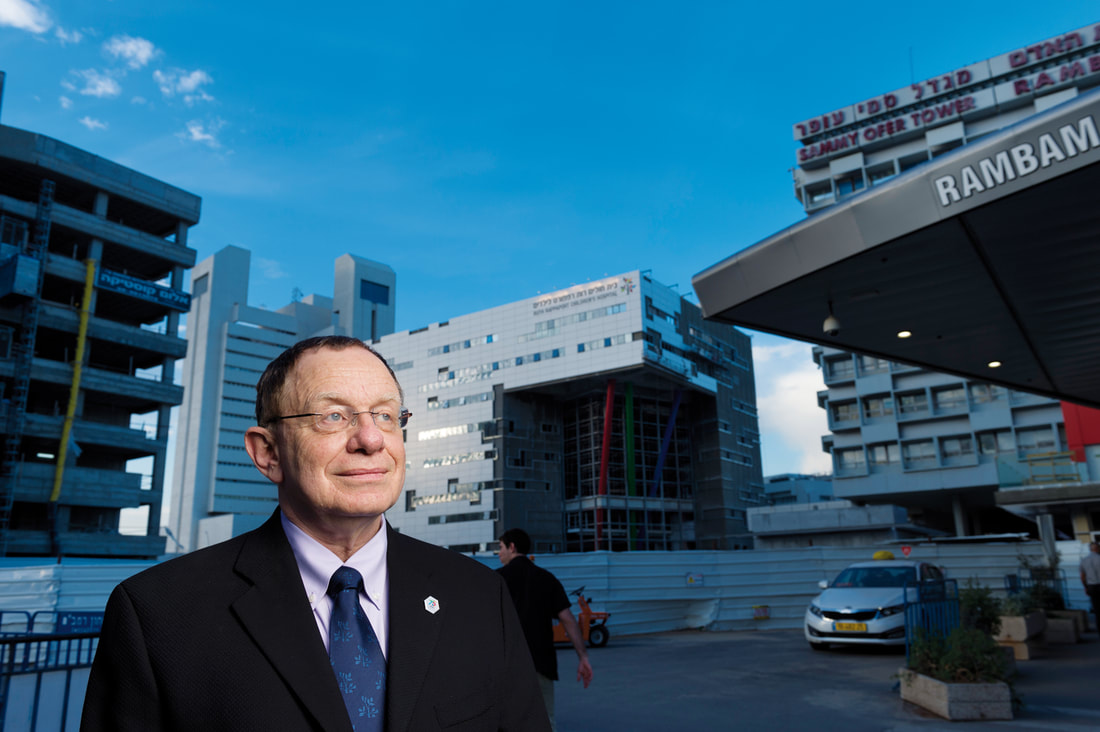