Against all odds, Rambam patient with ovarian failure gives birth

Against all odds, Rambam patient with ovarian failure gives birth Eight days before her hysterectomy for chronic gynecological problems, a 40-year old woman discovered she was pregnant. A few weeks ago, at Rambam, she received the most beautiful gift, her healthy charming son Yarin.

Sigalit (40) and Nathan Drassinover (53), recently married in 2016, were told they could never have a child together.
Sigalit was diagnosed with a chronic gynecological condition in her 20's, "premature ovarian failure" that typically causes loss of normal ovarian function before age 40 resulting in infertility. Sigalit had suffered for years from her painful condition; symptoms generally include irritability, difficulty concentrating, hot flashes and difficulty conceiving. Her doctors tried to treat the problem in many ways, including surgery, but her quality of life continued to deteriorate. Finally, after a long fight, and despite knowing this would end her hopes of motherhood, she agreed to a hysterectomy.
In the final weeks before the operation, Sigalit felt nauseated, dizzy and weak. Her family doctor suspected flu, as her blood test results were good. Without telling her husband, she decided to buy a home pregnancy test kit, telling herself, "I preferred to look foolish but I had to rule out the possibility…The night before I dreamt I was in an operating room waiting for my hysterectomy when asked what I was doing there!" The next morning she saw the double lines on the test stick, "In my unconscious mind I must have known I was pregnant…my husband received the shock of his life!"
Professor Ido Solt and other doctors in the Obstetrics & Gynecology Division at Rambam closely monitored the pregnancy to protect mother and baby from complications. Sigalit would not let the fear take over, telling herself, "If God gave us this miracle, we will win".
In her 39th week of pregnancy, Sigalit gave birth to her son. Trembling, she shares her feelings, "It was quite an experience, the transition from waiting for a hysterectomy until the moment I could hug my baby".  The couple refuses to think what would have happened if Sigalit had not listened to her intuition and had continued with the hysterectomy. The couple agrees, "The most important thing is we are overjoyed". Sigalit adds, "The lesson we learned from our story is that it is better not to rush and give up, nature is stronger than anything. We won! I gave birth to a healthy wonderful boy against all expectations!" 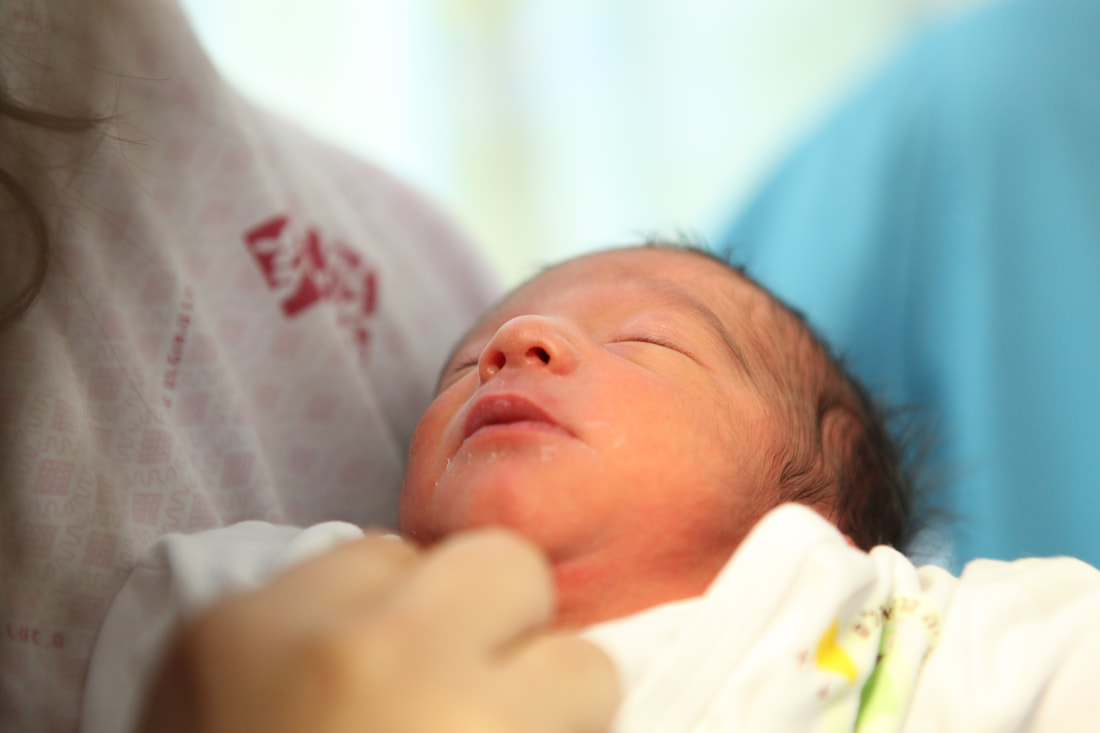