The Scenario: Faced with the threat of missile attacks, Rambam Health Care Campus, Northern Israel’s largest hospital will have to move underground.

On June 14, 2018, an emergency drill was conducted at Rambam Health Care Campus with the scenario of a missile attack on the Haifa area, forcing the only referral hospital in the north to transfer operations to the Sammy Ofer Fortified Underground Emergency Hospital. This unique facility, the largest of its kind in the world, normally operates as the hospital's parking lot, but in wartime transforms into a 2,000-bed medical facility within 72 hours. In a wartime scenario, this facility becomes the regional hospital for all wounded in the north.
As part of the drill, the hospital practiced several scenarios, some based on lessons from the Second Lebanon War, when Rambam operated under continuous fire. That experience led to construction of the underground facility, ensuring the ability to care for patients in a safe and secure environment.
During this morning’s first scenario, following receipt of an early warning, the Haifa region was placed on high alert and a decision made to evacuate the hospital departments to the underground facility. For this drill, logistical preparations included activating air purifiers and compressors, power generators, and air conditioning systems embedded in the walls of the underground hospital/parking lot, and the deployment of toilets, temporary showers, and wet up the rest of the infrastructure to become patient-ready. Medical teams then practiced transferring patients (in their hospital beds) and accompanying medical equipment to designated stations underground, including the transfer of advanced life-saving equipment such as dialysis units, and surgical equipment. This cannot be simply a temporary shelter: in the event of an emergency situation, the underground hospital is expected to absorb hundreds of oncology patients, pregnant women, dialysis patients and more—all of whom require ongoing medical care while the region is under fire.
The second scenario during the drill involved a situation in which missiles hit the hospital with no warning, damaging hospital departments. This exercise involved evacuating the wounded to Rambam’s Department of Emergency Medicine, which is also fortified, and will continue to function during wartime. After initial triage, the wounded were then transferred to the underground hospital for ongoing care.
The third and final drill addressed absorption of patients arriving from outside of Rambam. In this scenario, patients were being transferred by ambulance to the underground hospital. Ambulances drove in via the parking lot entrance and discharged the wounded there, to minimize exposure to the outside danger. The patients were received by medical teams who then transferred them, as appropriate to the protected emergency department (via an underground elevator), or elsewhere to the respective underground hospitalization area.
The drill also served as a first time test of the functionality of Rambam’s new underground Command Center from which all emergency activities were managed. The Command Center was inaugurated one month ago thanks to a generous donation from the International Fellowship of Christians and Jews headed by Rabbi Yechiel Eckstein. The center enables essential hospital management and expert personnel who are responsible for directing the flow of patients based on injury severity, , logistical needs, function of vital systems, and more. All critical information is gathered from the hospital's monitoring systems and analyzed by a proprietary emergency software system developed at Rambam. The emergency administration team can observe above ground activity with the help of hundreds of cameras installed throughout the hospital campus.
Observers of the drill included Maagan David Adom officials, the Home Front Command, and the Emergency Division at the Ministry of Health, in addition to 22 international participants of Rambam’s 19th Developing and Organizing a Trauma System and Mass Casualty Management Course, which ended today. The aim of the course was to provide participants with the knowledge and training to implement a trauma management and emergency system in their home nations.
"After two months of dealing with an impossible scenario of treating the sick and wounded under fire, we decided that this reality could not be repeated," said Professor Rafi Beyar, Director of Rambam. "About five years ago, the underground hospital at Rambam was inaugurated. This facility is of strategic importance for the entire northern region. I hope we will never have to use it, but if the day comes, we will be ready for any scenario." 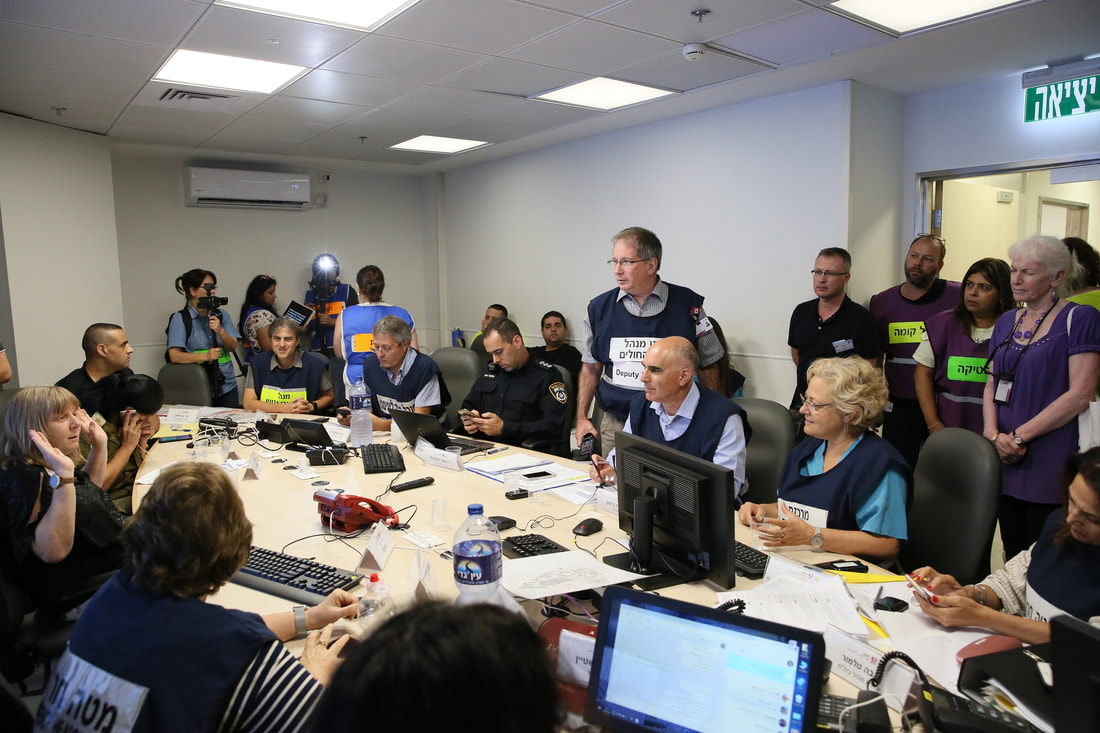 The new Command Room of the underground hospital. 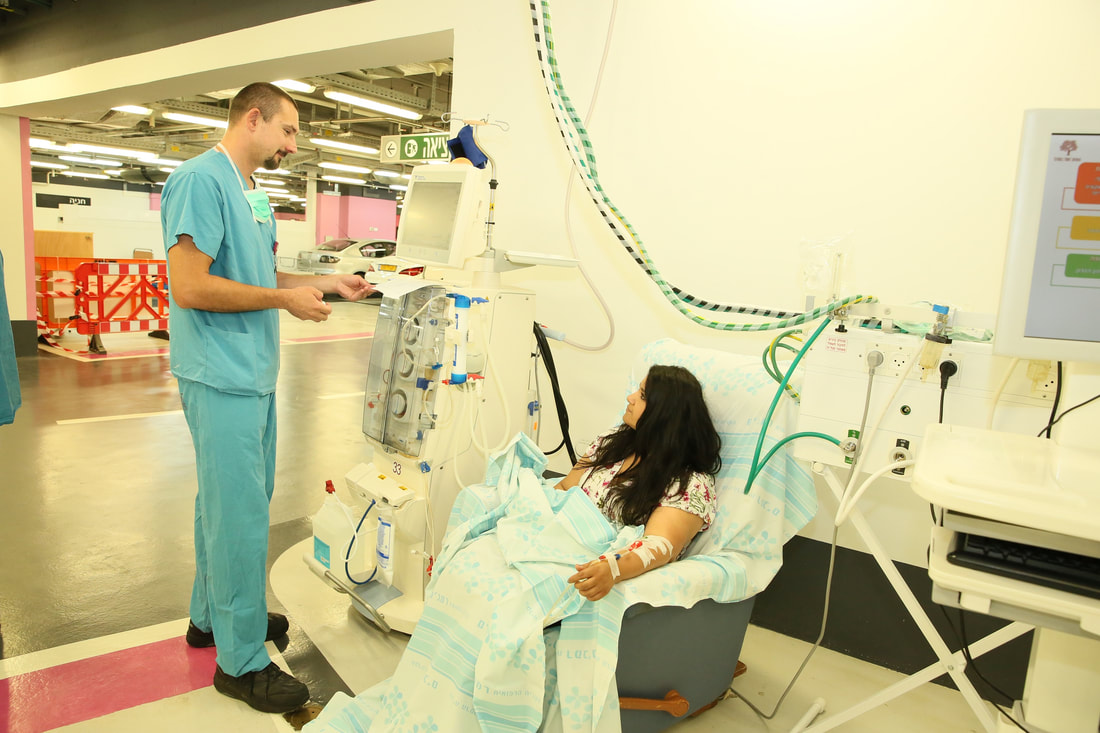