Two-year-old girl brought to Rambam’s Ruth Rappaport Children’s Hospital after swallowing a plastic Playmobil toy. Doctors remind parents to keep an eye on their children.
Tragedy was averted at Rambam Health Care Campus recently after doctors at Ruth Rappaport Children's Hospital carefully removed a piece of plastic from the intestine of a two-year-old child. The little girl was brought to Rambam from a community near Haifa after swallowing a Playmobil toy.
The toy was initially stuck in the girl’s esophagus. As doctors were preparing for the extraction procedure, the toy began to make its way through her digestive tract, until it eventually lodged in her intestine.
Professor Ron Shaul, Director of the Pediatric Gastroenterology Unit at Ruth Rappaport Children’s Hospital, performed the surgery to remove the plastic from the girl’s intestine, noting she was very lucky that the piece of plastic was not inhaled into her respiratory system, which would have been life-threatening. “Parents of young children need to keep any eye on them during playtime, and must be aware of any small pieces that can be swallowed or aspirated. Unfortunately, severe tragedies like this have occurred in recent years – tragedies that could have been avoided,” said Shaul.
In the photo: X-ray of plastic toy trapped in the esophagus.
In the photo: Plastic toy in the intestine.
Photography: Rambam Spokesperson’s Office. 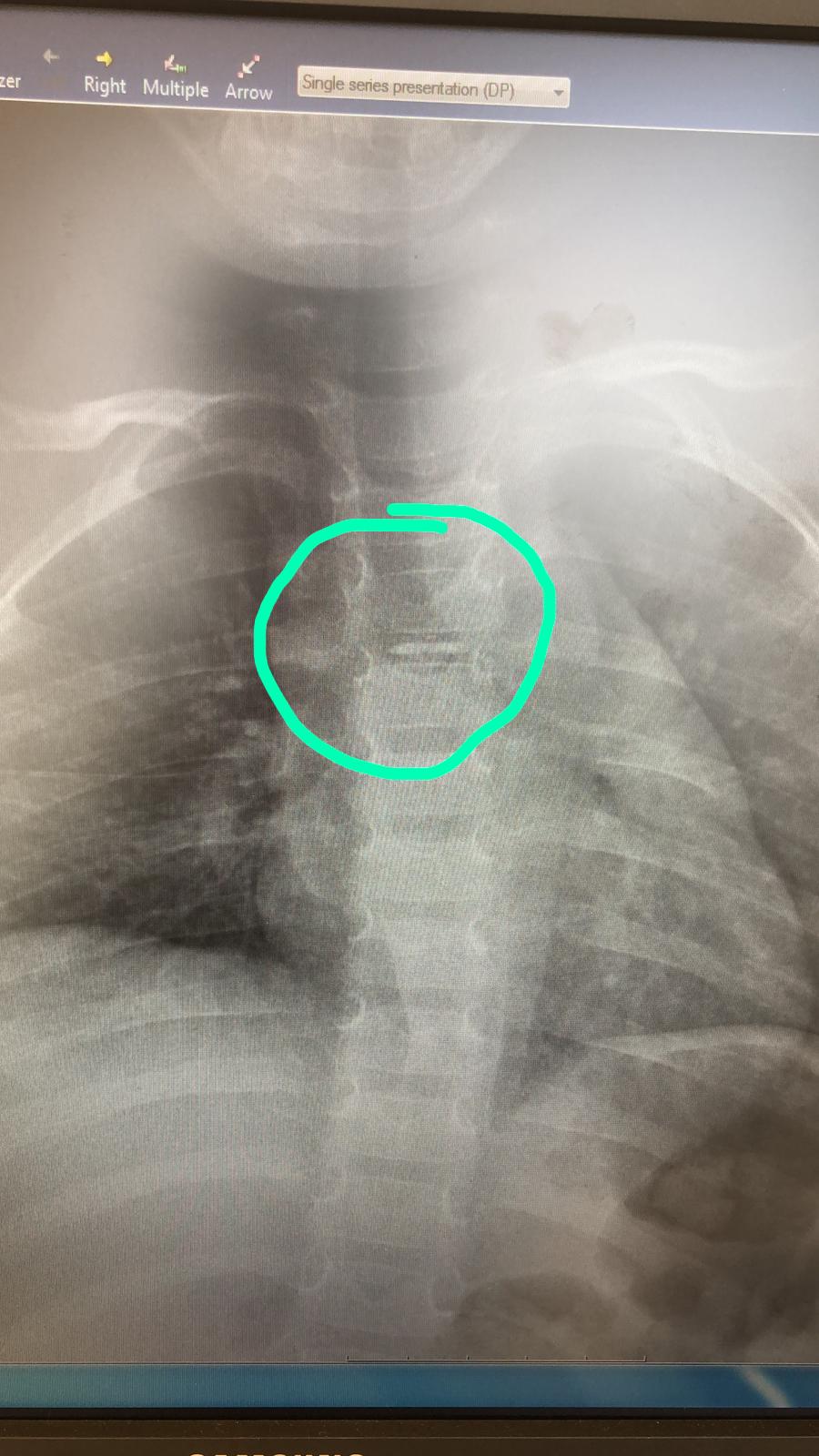